Over the past few months, pro-Palestinian protests across the country in places such as New York City and Los Angeles featured shameless demonstrators burning Israeli flags and spewing the harshest rhetoric imaginable. The protesters were often chanting, “From the river to the sea, Palestine will be free,” and “We don’t want two states, we want ’48,” both of which allude to the destruction of the Jewish state. In previous years, we would hear slogans suggestive of peace or a two-state solution, referring to living side by side; now, when it comes to the land, the pro-Palestinian side is not looking to share.

Well, the truth is, they never were. If they were, they’d develop prosperous communities in Gaza and the West Bank—in the lands they’ve been given—instead of using these territories to launch missiles and plot suicide bombings. So now, after yet another episode of terrorizing Israel with weeks of Hamas- and ISIS-supported attacks on Israeli civilians, pro-Palestinian demonstrators here in the U.S. have a clear message: They are not looking to live side by side. They’re asking for all of it—and the elimination of Jews as a bonus.

This is not a surprise for those who follow the politics of the region and how it has made its way here to the U.S. There is no such thing as simply being anti-Israel and not anti-Jewish, but the pro-Palestinian side was never audacious enough to say it. And if nothing more, these slogans heard on American street corners—openly calling for genocide of the only Jewish state on the planet—clearly and unequivocally merge the concepts of hate into one. They want Jews gone; as a country, and as a people.

It’s quite telling of where we are in time. They are being clear about their message. But what are we, the supporters of the Jewish people and the Jewish state, doing in response? Put another way: How much antisemitism are we willing to tolerate, and how much further will their side’s hatred go?

For a society that has become obsessed with equity and tolerance of all kinds, it is crazy to think when it comes to the world’s most ancient monotheistic faith, there is now silence. And yet, antisemitism is everywhere.

Wherever you look, the sick and perverted tropes of Jew-hatred have penetrated. You hear it in formal settings such as American universities, our mainstream media and, notoriously, the hypocritical and sanctimonious United Nations, where countries with egregious human rights records are lionized while Israel is repeatedly recommended for investigations on bogus charges. You hear it from elected officials such as Reps. Ilhan Omar (D-MN) and Rashida Tlaib (D-MI), whose Jew-hatred and focus on defaming and delegitimizing Israel ring louder than any demonstration of love for the country they serve. Woke companies such as Ben and Jerry’s launched a boycott against Israel, all inspired by leadership more consumed with antisemitism than with perfecting the Chunky Monkey.

Then there are the informal or more casual sources that can be just as, or even more damaging—often found on social media, such as the Instagram influencers-turned geopolitical analysts who use their platforms to deliberately spread misinformation about the Israeli-Palestinian conflict. Millions of followers, the majority of whom couldn’t place the West Bank or Jerusalem on a map, now get all their information on the conflict from malicious Jew-haters who want nothing more than to tilt the global perspective in their favor.

And while the world has become uber-sensitive and responsive toward race, religion, gender and the acceptance of all identities, particularly over the last few years, it’s ironic that over the same time period, instances of antisemitism have increased exponentially in the U.S. According to reports, antisemitic incidents set an all-time high over the last year, with Jews now being the target of almost 60 percent of all religiously motivated hate crimes.

This increase in hate crimes is only one symptom of a broader societal shift—one that has swayed public and institutional opinion on the premise of multiple false and dangerous narratives.

The first false narrative is that the propagation of these lies is permissible if the propagators purport to differentiate between Israel and Jews, more broadly. If this were in fact true, then you wouldn’t see Jews dining at trendy restaurants in New York City and Los Angeles beaten up simply for being visibly Jewish. What do these Americans have to do with the state of Israel’s policies, if that’s what the propagators and “anti-Zionists” claim is their true gripe?

Second, we are all victim to the culture of intersectionality, which dictates what or who we should support as a society. This is where Jews are falsely identified as a white and “privileged” population. According to this obtuse, woke cultural taxonomy, Jews are not deserving of broader protection because they don’t fit a small, confined definition of “the oppressed.” This is, to put it mildly, grotesque.

It’s time to speak out about Jew-hatred and to eradicate it from every institution, from our city streets and from social media. We are long overdue in defending Jews and all victims of hate crimes, without picking and choosing which groups are deserving of protection based on viral online posts or well-circulated propaganda. Because the third and last of the narratives we need to correct is the false belief that blind, systemic hatred like this will start and stop with the Jews. History has proven that it won’t.

Lisa Daftari is editor-in-chief of The Foreign Desk and a political commentator. 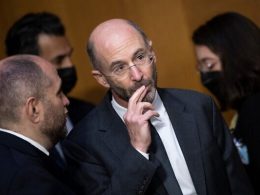 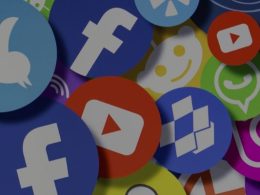 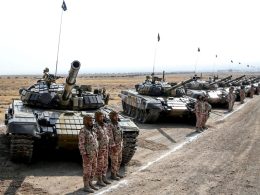