After hours of fighting Taliban forces, the National Resistance Front of Afghanistan (NRF) took control of several areas in the Khost district of Baghlan province, the northern part of Afghanistan. According to the NRF, the fighting between Afghan forces led by the former police commander, Baryalai Sangin, and Taliban fighters has been going on since yesterday, resulting in heavy casualties for the Taliban.

According to official news reports, Mullah Bahauddin, the head of the Taliban’s police command in the Khost district, along with several other Taliban fighters, were ambushed and killed by Resistance Front soldiers at his headquarters in the Carousel Valley in the city of Khost.

Additionally, Mullah Wajid, the head of the Carousel Valley Basin, and Taliban reinforcements also died at the hands of NRF forces who managed to seize Taliban weapons and destroy their military equipment and vehicles.

On Twitter and Facebook, photos and video posts show the NRF attack taking place on the Taliban’s Anjerak 315 Outpost, with loud explosions and gunshots from both sides.

Following the defeat and withdrawal of Taliban forces, NRF fighters took to social media to post the lowering of the Taliban flag from the liberated area and celebrate their two-day skirmish against the terrorist regime.

“We are monitoring the recent uptick in violence closely and call on all sides to exercise restraint and to engage. This is the only way that Afghanistan can confront its many challenges,” said a StateDepartment spokesperson to The Foreign Desk.

Foreign policy experts, Afghan citizens, and other users took to social media to praise the recent victory, with some describing the recent win as a small but critical gain in the fight against the Taliban.

Some began posting photos and emojis of the former Afghanistan flag to show solidarity with the NRF and the Afghan citizens currently facing brutal repression under the Taliban government.

“We want to see the emergence of stable and sustainable political dispensation via peaceful means. We do not support organized violent opposition to the Taliban, and we would discourage other powers from doing so as well,” the State Department spokesperson said to The Foreign Desk.

After the Taliban captured Afghanistan in August 2021, former Northern Alliance members and other anti-Taliban fighters loyal to the former Afghan government joined to form the NRF.

The organization’s leadership consists of former Vice President Amrullah Saleh of Afghanistan, who declared himself caretaker president of the country through the Afghan Constitution and announced the resistance against the terrorist organization. Saleh has also earned endorsements from famous figures like Ahmad Massoud, the founder, and president of NRF and the son of the late Afghan fighter Ahmad Shah Massoud.

The NRF’s main base of operations is in the Panjshir province of Afghanistan, and according to American officials, the only region where the Taliban does not have a foothold. The group’s main objective is to create an inclusive government in Afghanistan and form a new Afghan government, using guerilla struggle against Taliban forces in most of the provinces the terrorist organization controls.

In October 2021, the NRF received authorization from the United States Justice Department to conduct political lobbying in the U.S. The organization hopes that by lobbying members of Congress to allocate humanitarian and military equipment, they can aid Afghan civilians suffering under Taliban rule and stand a fighting chance.

Ever since the Biden administration decided to withdraw from Afghanistan in August of last year, the new Taliban government immediately began to strip away all American influence from the region, taking away the rights of ordinary Afghan men and women and installing Sharia-based laws against the general population.

The economy and social life of the Afghans have deteriorated dramatically since 2021, with many Afghan villagers unable to take care of themselves and their families. The new Afghan government under the Taliban has also made overtures to the Islamic Republic of Iran, which hopes to create new ties with its close neighbor against the U.S. 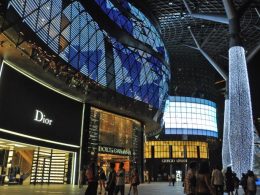 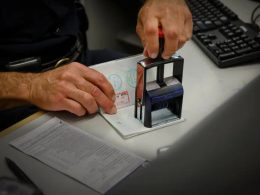 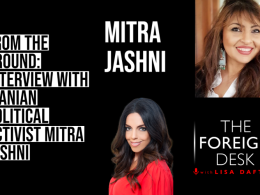