The resolution stems from frustration from the ongoing fentanyl epidemic crossing into the United States.

More members of the U.S. Congress are considering singing on to a resolution introduced by Republican Reps. Mike Waltz and Dan Crenshaw that would authorize military action against the Mexican drug cartels.

The resolution stems from frustration from the ongoing fentanyl epidemic crossing into the United States.

According to the Resolution for the Authorization for Use of Military Force (AUMF), “fentanyl and fentanyl-related substances kill approximately 80,000 Americans every year and is the leading cause of death for American men between the ages of 18 and 45.”

If more members sign on to the resolution, it will give President Biden the power “to use military force against cartels based on their fentanyl trafficking, production, and distribution; their use of force against U.S. law enforcement and/or military, law enforcement and/or military of a neighboring country, and/or to gain control of territory to use for their criminal enterprise.”

The AUMF lasts five years after enactment, and would then require Congress to reauthorize it in 2028 if there is a valid basis to do so.

Indiana Republican Rep. Jim Banks recently signed on to the resolution as a cosponsor.

“Fentanyl traffickers have killed more Americans in the past year than the Vietcong did during the entire Vietnam War,” Banks said in a statement.

“Instead of putting a stop to it, Joe Biden has ceded control of U.S. territory on our border to these murderous gangs. Republicans in Congress need to work with the next president to use any means necessary, including mobilizing our armed forces, to stop the cartels that have poisoned hundreds of thousands of Americans.”

Other Republicans such as Reps. Beth Van Duyne and Jake Ellzey and are also reportedly signing on as cosponsors, according to Just the News.

Related Story: Report: Children Under 14 Dying from Fentanyl Poisoning at Faster Rate Than Any Other Age Group 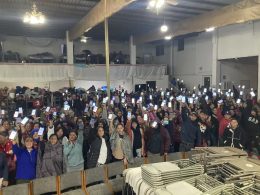 Online System to Seek Asylum in U.S. is Quickly Overwhelmed

Hours before sunrise, migrants at one of Mexico’s largest shelters wake up and go online, hoping to secure… 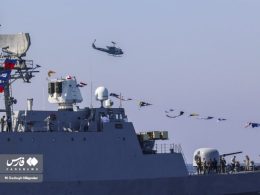 Iran’s navy is set to station warships for the first time in the Panama Canal, a critical trade… 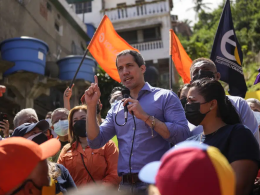