A letter from 2010 has surfaced in which terror-leader Osama bin Laden wrote that he would never have any motivation to kill Joe Biden, because he was the most “unprepared” to lead the United States.

In the letter, dated May 2010, Bin Laden warned his terror organization, Al Qaeda, to likewise not to target Biden because should the current president become the successor if something would have happened to Barak Obama, he would undoubtedly “lead the US into a crisis.”

In juxtaposition, Bin Laden was actively plotting to assassinate Obama just before he was killed.

“As the tenth anniversary of 9/11 approached, Bin Laden was eager to memorialize the occasion with another spectacular strike,” author and national security expert Peter Bergen wrote in his book “The Rise and Fall of Osama Bin Laden.”

“The reason for concentrating on them is that Obama is the head of infidelity and killing him automatically will make Biden take over the presidency for the remainder of the term, as it is the norm over there.

“Biden is totally unprepared for that post, which will lead the US into a crisis.

“As for Petraeus, he is the man of the house in this last year of the war, and killing him would alter the war’s path.” 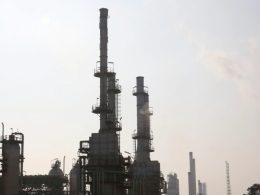