Brazilian authorities said Monday that they were looking into who may have been behind the shocking uprising that sent protesters storming into the nation’s halls of power in a riot that had striking similarities to the Jan. 6, 2021, insurrection at the U.S. Capitol.

In an unprecedented display for Latin America’s largest nation, thousands of supporters of ex-President Jair Bolsonaro swarmed into Congress, the Supreme Court and the presidential palace on Sunday. Many of them said they wanted the Brazilian army to restore the far-right Bolsonaro to power and oust the newly inaugurated leftist president, Luiz Inácio Lula da Silva.

Also on Monday, police broke down a pro-Bolsonaro encampment outside a military building and detained some 1,200 people there, the justice ministry’s press office told The Associated Press. The federal police press office said the force already plans to indict roughly 1,000 people.

Lula and the heads of the Supreme Court, Senate and Lower House signed a letter that denounced the attack and said were taking legal measures.

Justice Minister Flávio Dino told reporters that police have begun tracking those who paid for the buses that transported protesters to the capital. Speaking Monday at a news conference, he said rioters apparently intended for their displays to create a domino effect nationwide, and that they could be charged with a range of offenses, including organized crime, staging a coup and violent abolition of the democratic rule of law. 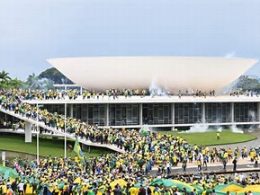 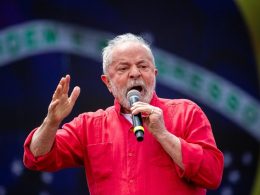 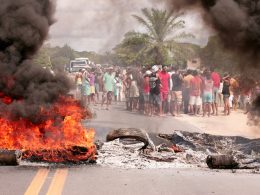 Even after the October election, Brazil continues to register cases of political violence. A Survey by researchers at… 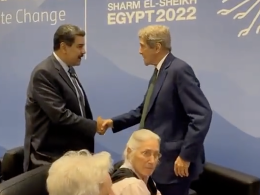 The U.S. State Department in 2020 offered $15 million for Maduro’s arrest.