History of the Islamic Republic of Iran’s Brutal Executions

Amid ongoing protests in Iran over the death of 22-year-Mahsa Amini at the hands of the Islamic morality police, the Islamic Republic has resorted to using brutal public executions against protesters. With the deaths of Mohsen Shekari and Majidreza Rahnavard over the past week, many point to over four decades of executing dissidents beginning at its inception in 1979.

In the aftermath of the Islamic Revolution of 1979, Ayatollah Ruhollah Khomeini and his supporters enacted a campaign of mass executions against top officials of the Iranian Army along with friends and officials who served under the Shah of Iran’s government before being overthrown.

Under his leadership, Khomeini authorized several Islamic courts and allowed radical sadistic clerics like Sadegh Khalkhali and others to act as chief prosecutors, accusing those who served under the Shah of “spreading corruption on earth” and denying the victims of a fair trial, jury, or defense.

According to reports, Khalkhali executed hundreds of Army officials and prominent officials who served in the Shah’s government, including former Iranian Prime Minister Amir Abbas Hoyveda and the former head of Iranian state security, Nematollah Nassiri. Many of the victims were executed by firing squads and public hangings by construction cranes.

Additionally, many Islamic clerics led independent radical revolution committees or “Comité” throughout Iran, with young Islamic followers going from street to street, neighborhood to neighborhood, and house to house, rounding up those opposed to the regime and killing them on the spot.

Two months after the completion of the Islamic Revolution, Kurdish rebels sought to create an independent state but faced brutal pushback from the Islamic government. According to reports, thousands of people died in the Kurdish rebellion, with several thousand being political prisoners. Under Khalkhali, many victims brought before the Islamic courts were charged with treason, “spreading corruption on earth,” and undermining the Islamic Republic.

Fast forward to 1988, when the Islamic Republic engaged in mass executions of political prisoners across the country, ordered by Ayatollah Khomeini and other Iranian officials for opposing the regime. Many political prisoners were brought before Islamic courts under judges like Ebrahim Raisi, the current President of Iran, who helped organize the deaths of over 30,000 individuals. Accounts from witnesses detail the events of the massacre, noting that many prisoners were hanged from cranes in public while others were killed in their prison cells.

When student protests began in 1999, the Islamic Revolutionary Guards Corps (IRGC) raided student dormitories, and according to reports, injured 200 individuals and killed three.

Following the election results of the 2009 Presidential Election in Iran and protests that followed after, the Islamic government deployed security forces and the IRGC to quash protests by any means necessary.

While the Iranian government has stated that 36 people died in the protests, unconfirmed reports indicate that twice as many died following the election.

Today the regime has continued its brutal executions against Iranian civilians who oppose the Islamic government.

Many Iranian political prisoners convicted by the court system in the country are accused of “spreading corruption on earth” and of allegedly working with foreign services like America and Israel to overthrow the regime.

Today, prisoners in Iran can have their fingers amputated through guillotine-like devices and have one of their eyes put out under the eye-for-an-eye law.

With protests ongoing in Iran since September, the regime has resorted to using the IRGC, Basij paramilitary forces, plainclothes, and terrorist proxies to kill Iranians on the streets using live ammunition or arresting and sentencing them to death inside state prisons.

With the death of Majidreza Rahnavard Monday through public hanging from a construction crane, the regime hopes to send a message to protesters to cease their anti-government activities.

According to Iranian experts, with the protests unrelenting, many should expect the mullahs in Tehran to double down on their brutal executions of protesters. 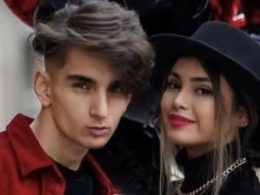