“We will not take part in any violent acts,” Bashagha said.

byNewsweek
1 minute read
Fathi Bashagha, designated as Libya’s prime minister by the Tobruk-based House of Representatives, speaks during a recorded address on March 1, days before taking an oath not recognized by the country’s internationally recognized government in Tripoli. “I assure all Libyans that the government will assume its duties in the capital, Tripoli, in a peaceful and secure manner,” Bashagha said. FATHI BASHAGHA
Total
0
Shares
1
0
0
0
0
0
0

Former Libyan Interior Minister Fathi Bashagha was sworn in last week as his country’s new premier by the House of Representatives in what the parliament saw as a step toward rebuilding their embattled nation.

But hundreds of miles west, along the Mediterranean shore of a North African nation beset by conflict and crises for more than a decade, Abdul Hamid al-Dbeibah, another man who claims the title of prime minister, one still recognized by the international community, rejected the move as illegitimate.

Such has begun yet another setback for longstanding efforts to unify Libya, a country still living in the tumultuous wake of a rebellion backed by the U.S.-led NATO alliance to oust longtime leader Muammar el-Qaddafi in 2011. His unceremonious execution at the hands of the opposition, streamed worldwide on the internet, was widely celebrated at the time as heralding the start of a new era for this strategically important North African country, one free from the strongman who dominated Libyan politics for more than 40 years. 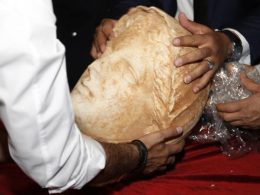 Libya has had little peace or stability since the 2011 NATO-backed uprising against Muammar Gaddafi, and it split in 2014 between warring factions in east and west. 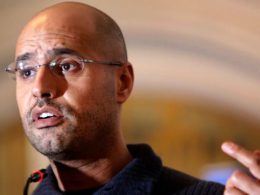 From: VOA A Libyan court ruled on Thursday that the son of the late leader Moammar Gadhafi could… 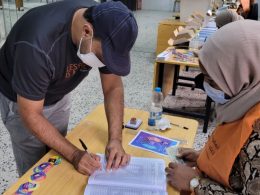