The U.S. Department of State issued a travel advisory warning Americans not to travel to some areas of Mexico due to increased risk of crime and kidnappings. It also warned that the U.S. government won’t be able to help Americans if they become victims of crime while traveling there.

“Violent crime – such as homicide, kidnapping, carjacking, and robbery – is widespread and common in Mexico,” the advisory states. “The U.S. government has limited ability to provide emergency services to U.S. citizens in many areas of Mexico.”

It also states that U.S. government employees are prohibited and/or restricted from traveling to certain areas in Mexico because many emergency services are limited. If they are already in certain Mexican states, they’re prohibited from traveling to cities after dark and from hailing taxis on the street. They are only allowed to use dispatched vehicles, including app-based services like Uber, and regulated taxi stands. They are also advised to not travel alone, especially in remote areas.

U.S. government employees are also prohibited from driving from the U.S.-Mexico border to or from the interior parts of Mexico, the advisory states. The exception is daytime travel in Baja California and between Nogales and Hermosillo on Mexican Federal Highway 15D, and between Nuevo Laredo and Monterrey on Highway 85D.

All Americans are advised to follow the same travel restrictions as U.S. government employees.

Americans are warned not to travel to:

Americans are encouraged to exercise increased caution when traveling to:

Americans are encouraged to exercise normal precautions when traveling to the states of Campeche and Yucatan.

The advisory was issued after the U.S. Consulate in Tijuana, Mexico, instructed its employees “to shelter in place until further notice” after violence erupted on the streets Friday, Aug. 12. The Californian city of Mexicali and Tijuana, the Mexican border city just south of San Diego, California, as well as Rosarito and Ensenada are also experiencing increased cartel-related gang violence.

The U.S. Consulate General in Tijuana issued a statement saying it was “aware of reports of multiple vehicle fires, roadblocks and heavy police activity in Tijuana, Mexicali, Rosarito, Ensenada, and Tecate.”

Ciudad Juarez, Mexico, across from El Paso, Texas, is also experiencing increased cartel violence. Its president, Andrés Manuel López Obrador, issued a statement about increased violence saying cartel and gang members had “attacked the civilian, innocent population like a sort of revenge. It wasn’t just a clash between two groups, but it got to the point where they began to shoot civilians, innocent people. That is the most unfortunate thing in this affair.” 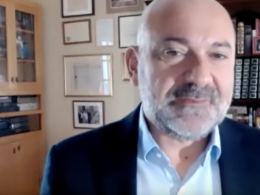 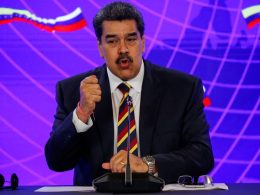 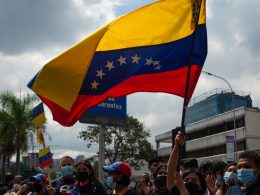