EARLIER STORY: A Facebook community called “Islamic Female Circumcision” was launched earlier this month with the stated goal of clarifying “misconceptions” around the Muslim faith’s practice of female genital mutilation or FGM.

The page already has more than a dozen posts, including articles and infographics advocating for the practice of what they call “female circumcision,” instead of referring to the practice as ‘mutilation.’

“Our aim is to clear misconceptions of the Islamic practice of female circumcision and counter misinformation against it,” the page states in the ‘About’ section.

At the center of the page is an article by a Sri Lankan author Asiff Hussein entitled, “Female Circumcision – The Hidden Truth: How Misogynists and Feminists are feeding upon each other to denigrate an Islamic practice that brings untold benefits to women.”

There are also infographics all bearing a “Muslimahs for circumcision” banner, listing the benefits of the procedure from prevention of urinary tract infections to preventing transmission of a ‘cancer causing HPV virus’ for “partners who engage in oral sex.”

The infographic also states that female circumcision helps women achieve sexual fulfillment and cites the Hadith, an anecdotal reference to the experiences of Prophet Muhammad, in which he told Umm Atiyyah, “for it is beauty for the face and desirable for the husband.”

A meme posted May 15 depicting a Muslim couple in traditional attire says in bold “If you love your spouse..”

It goes on to say, “If you love your wife get yourself circumcised because the germs in your foreskin can reach her vagina during sex and cause her cervical cancer.”

Below that it says, “If you love your husband get yourself circumcised because the germs under your prepuce can reach his mouth when he pleasures your clitoris and cause him oral cancer.”

Another post contains a link to a downloadable e-book  “Safe female circumcision” by an OBGYN based in Sudan.

According to the World Health Organization’s guidelines issued in 2007, FGM has “no known health benefits,” and that the procedure is “harmful to girls and women in many ways.”

In 2008 the WHO issued a global strategy calling on the U.S. and international organizations to “support specific and concrete actions directed towards ending female genital mutilation.”

The WHO estimates that there are over 200 million girls who are victims of FGM, living in over 30 countries mostly in Africa, Asia and the Middle East, defining the practice as “a violation of the human rights of girls and women.”

Khan, who typically works with survivors of domestic violence has worked to end female genital mutilation and honor-based violence. Khan was featured in the documentary “Honor Diaries.”

“If there are no consequences, then women and girls will continue to be violated by FGM, which is often tied to other forms of violence, oppression, and subjugation of women and girls. It not only carries severe physiological repercussions, but a lifetime of emotional, psychological, sexual, and interpersonal relationship impairments. This abhorrent crime has no place in any corner of our world,” Khan said.

In Somalia, an estimated 95% of girls between the ages of 4 and 11 have undergone FGM, according to a UNICEF report.

A recent petition to Somalia’s president urging him and the Somali government to outlaw the practice has garnered over 1.3 million signatures. Published in Newsweek on 5/11/22 Over the past few months, pro-Palestinian protests across the country in places such… 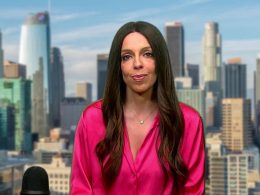 Over the past week, pro-Palestinian protests across the country in places like New York and Los Angeles had… 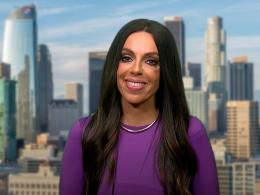 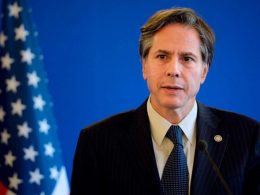