byForeign Desk Staff
1 minute read
American soldiers deploy in Hassakeh, Syria, Tuesday, Jan. 25, 2022. After breaking into the prison late Thursday, IS militants were joined by others rioting inside the facility that houses over 3,000 inmates, including hundreds of minors. They took hostages from among the prison staff and have since been holed up in the northern wing at one end of the facility, known as al-Sinaa or Gweiran prison. (AP Photo/Orhan Qereman)
Total
1
Shares
1
0
0
0
0
0
0

A US-led coalition raid on Thursday targeted a suspected al Qaeda-affiliated jihadist in a northern Syrian town, residents and sources with the rebels fighting against the Syrian government said.

They said several helicopters landed in an area near the town of Atmeh in the province of Idlib, which is in an area under rebel control along the border with Turkey, where explosions were heard near the home of a foreign jihadist, they said. Russian Ambassador to Syria: Israel is Provoking Us to React

The Russian ambassador complained that Israeli strikes aim to "escalate tensions and allow the West to carry out military activities in Syria." 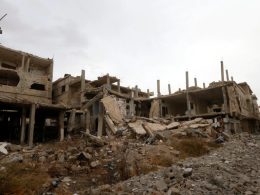 Analysts: Islamic State Poised for More Attacks in Syria in 2022

Despite losing nearly all the land they once controlled, IS militants continue to launch massive attacks against their opponents in Syria and Iraq. 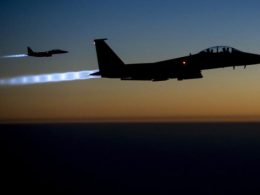 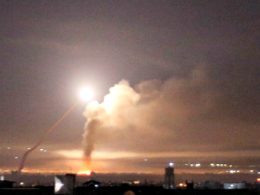 From: Algemeiner Israel is deeply concerned that the regime of Syrian dictator Bashar Assad is attempting to reconstitute…