The 49ers said they have notified law enforcement officials and have hired a cybersecurity team to assist with its investigation.

The San Francisco 49ers said it was the victim of a ransomware attack, with the hackers claiming to have released some of the NFL team’s financial data online, the Associated Press reported.

The ransomware group BlackByte said reportedly released a file labeled “2020 Invoices” on the dark web, though it specify how much data it had stolen or encrypted, or what it wanted in return.

BlackByte is a ransomware-as-a-service group, meaning decentralized, independent operators cooperate to develop the malware and hack into organizations, per the AP.

In a statement, the 49ers, who were a game away from competing in the Super Bowl this year, confirmed the cyber-attack, saying that it has disrupted some of its corporate IT networks. Wrestler Alireza Dabir was denied a visa for entry into the US. 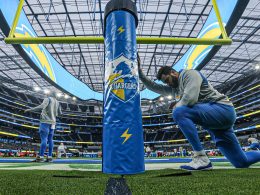 Chargers owner Dean Spanos had previously said in 1997 that the team would remain in San Diego unless the franchise suffered "severe financial hardship." 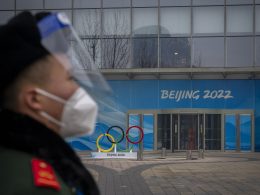 The Beijing Winter Olympics kick off on Feb. 4. 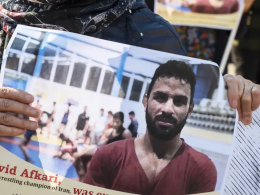 An organization of world-class Iranian athletes is urging USA Wrestling to cancel a February match with Iran's squad after "Death to America" chants.