The U.S. has secretly upgraded the National Guard’s training program for Taiwanese troops as concerns over China’s designs for the self-governing island continue to mount, Nikkei reported.

The training, not previously known, began some time before the spring of 2022 in an attempt to increase the island’s deterrent effect against a possible Chinese invasion and improve U.S.-Taiwan cooperation, sources familiar told Nikkei. While the exact scope and duration of the expanded training mission in Taiwan remain unclear, training of this sort has proven effective in enhancing U.S. partners’ abilities to defend against attackers.

Taiwanese President Tsai Ing-wen previously hinted at the possible National Guard mission, saying in May 2022 that the U.S. Department of Defense (DOD) was “proactively planning cooperation between the U.S. National Guard and Taiwan’s defense forces,” Reuters reported. Congress’ defense bill for 2022 required a briefing from DOD on the feasibility of increasing U.S. military cooperation with Taiwan.

China lambasted the subtle announcement as “collusion,” claiming that the U.S. planned to instruct Taiwanese forces in urban warfare tactics to potentially trap China’s military in a grinding war of attrition. 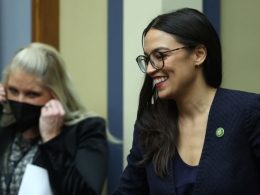 An Anti-Hijab Prisoner in Iran Seriously Ill After Hunger Strike

The health of long-time Iranian political prisoner, Farhad Meysami, who has lost a lot of weight due to…