A former philosophy lecturer made mass shooting threats against the University of California Los Angeles and released an 803-page manifesto full of antisemitism, racism, and misogyny.

A former philosophy lecturer who made mass shooting threats against the University of California Los Angeles (UCLA) and released an 803-page manifesto full of antisemitic, racist and misogynist rants was arrested in Colorado on Monday.

“Upon reviewing parts of the manifesto, we identified thousands of references to violence, stating things such as killing, death, murder, shootings, bombs, schoolyard massacre in Boulder, and phrases like ‘burn and attack Boulder,'” said Boulder Police Chief Maris Herold. Herold revealed that Harris had “attempted to buy an unknown handgun at a store located in Jefferson County on November 2nd, he was denied this purchase.”

“We are greatly relieved to share that law enforcement officers in Colorado have taken into custody the individual who made threats against some members of our UCLA community yesterday,” UCLA said in a statement on Monday. “The threats made yesterday were frightening for many of us and caused our community to feel vulnerable at an already challenging time.” 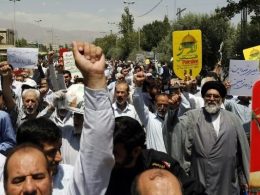 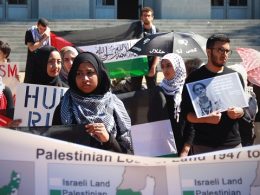