U.S. 7th Fleet Commander Says There Will Be an International Response if China Blockades Taiwan

The U.S. Navy’s frontline fleet commander warned that China’s military is capable of imposing a blockade around Taiwan, but doing so would trigger a concerted effort by the international community to intervene.

Vice Adm. Karl Thomas, commander of the U.S. Seventh Fleet, said in an interview with The Wall Street Journal on Tuesday that China has “a very large navy” that can “bully and put ships around Taiwan.”

“Clearly, if they do something that’s non-kinetic, which, you know, a blockade is less kinetic, then that allows the international community to weigh in and to work together on how we’re going to solve that challenge,” he said.

Adm. Thomas could not predict whether China would blockade or launch a full-fledged attack against Taiwan, but he said that the U.S. Navy is prepared for any scenario. 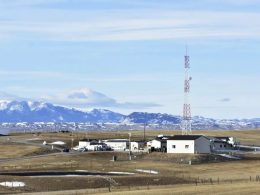 Near the banks of Montana’s Musselshell River, cattle rancher Michael Miller saw a large, white orb above the… 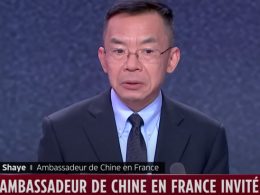 Lu Shaye, China’s ambassador to France, believes the U.S. should return debris from the spy balloon it shot…

Scalise: North Dakota Had to Block Chinese Land Purchases Near an Air Base Because Biden Wouldn’t