Cyberattack on Red Cross Compromises Data of More Than 515,000 People

“We are working closely with our humanitarian partners worldwide to understand the scope of the attack and take the appropriate measures to safeguard our data in the future.”

The personal data of more than 515,000 “highly vulnerable people” were compromised in a cyberattack on a contractor used by the International Committee of the Red Cross (ICRC), the organization said Wednesday.

Why it matters: The attack compromised data from at least 60 Red Cross and Red Crescent National Societies worldwide. As of yet, there is no indication that the information has been leaked, according to the ICRC.

What they’re saying: “An attack on the data of people who are missing makes the anguish and suffering for families even more difficult to endure,” Mardini said in a statement. Meta and Twitter have taken down accounts pushing pro-U.S. and pro-Western themes to Middle Eastern and Central Asian… 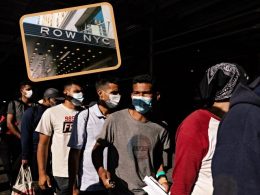 A plan by New York City officials to house thousands of border crossers, most arriving on buses sent…